For the past five years, The Kristie's Foundation for Critically Ill Children have been throwing the OC County BBQ & Music Festival, transforming The Orange County Fairgrounds into a barbecue fiesta with a competitive barbecue competition, rib eating contest, "Mr BBQ" pageant, a fun kid zone, live music and entertainment such as: Sugar Ray and Kristie's Celebrity Band! These past couple of years, Tres Agaves has supported this wonderful event by providing our signature Tres Agaves Margaritas & an entire branded stage for music acts to play on! 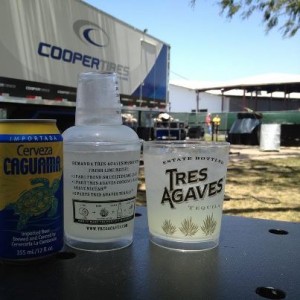 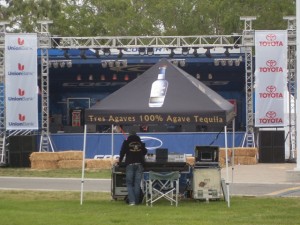 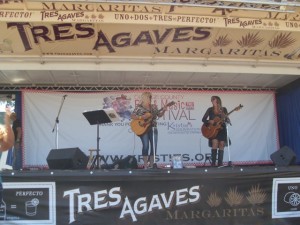 Here's a message about this fundraising event from our great friends and supporters of Tres Agaves, Rich & Chase:"Hi All,We have been doing this event for several years and this time we brought out two [Tres Agaves] stages as they decided to do more of a music festival as well as the BBQ competition, Kids Zone, Car Show, and the Craft beer tasting (Something for everyone!).Very family oriented event held  in Costa Mesa, CA with proceeds going to Kristies.org. They help families when children are near end of life due to cancer or other ailments. They won one of the 100 cars for good from Toyota just last week and chose a Prius, to keep costs down for the transportation of a nurse going to the homes of families in the Orange County area.We provided Blanco and Mix for the VIP area and in the Green rooms for the bands for both days of the event. We had the Tres Agaves Stage in the BBQ area, used one of our tents for the FOH of the Main Stage (on the Green), and also another tent in the VIP area."To learn more about the event and Kristie's Foundation check the Youtube video below:The OC BBQ Festival Benefiting Kristie's Foundation
« Previous | Next »